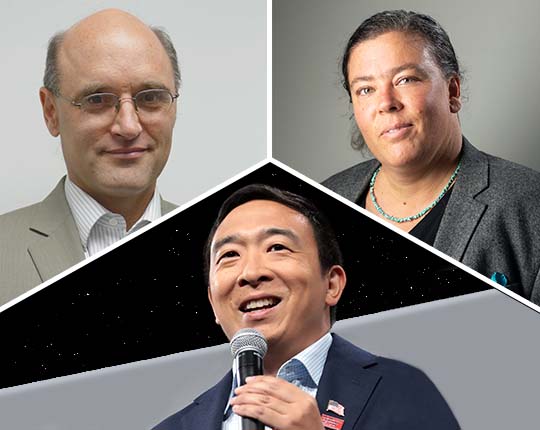 Cal RCV & its coalition partner, Level Up California, are excited to announce a panel discussion featuring Andrew Yang, Rob Richie, and Maria Perez entitled, "Is RCV the One Reform to Save America?"

On Wednesday, February 9th, our panelists will join moderator Tom Charron of the California RCV Coalition to discuss the state of voting in California and our nation as a whole. Ranked Choice Voting provides a unique opportunity to increase voter choice at the ballot box and discourage the divisive political practices that have become standard in American politics. Our three panelists have unique insight into the problems with our current elections system and a passion for solving the crisis of America's ever-deepening political divide.

Is RCV the One Reform to Save America?

Andrew Yang is an author, former presidential candidate, and non-profit founder. In 2021, Yang founded the Forward Party PAC, which has a focus on electoral reform.

Rob Richie is the co-founder and CEO of FairVote, a non-profit advancing Ranked Choice Voting and Proportional Representation across the United States. He is a frequent contributor to publications such as The New York Times and The Wall Street Journal.