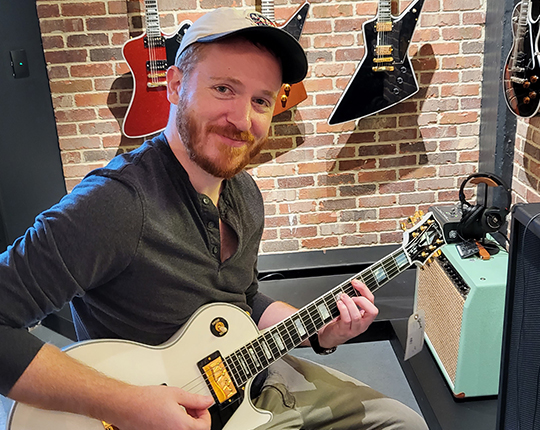 I volunteered for Cal RCV because I’m tired!

I am utterly exhausted of the hostility and hatred where Americans view each other as enemies trying to destroy the country we share. I’m tired of the countless troubles plaguing our cities, suburbs, and countrysides with nothing getting done because politicians brag more about bills they kill than ones they compromise to achieve.

I’m tired of having to “game theory” out my vote for a candidate polling well instead of picking who I like best, and I’m tired of hearing that people “wasted” their vote because they didn’t make the same decision.

It doesn’t have to be this way. This isn’t human nature. We are getting the results our election system incentivizes, but it’s not the only option.

What we’ve got now with simple plurality voting – the most votes winning even if it’s a small fraction of the total count – rewards candidates with narrow but rabid bases, the ones that build cults of personality, the ones who consolidate all the votes from a small group, while the candidates with the broader appeal are forced to split the votes of the majority and end up with lower totals. How is that democratic?

Ranked-choice voting instead forces candidates to appeal to everyone, not just their base. A candidate must have more than 50% of people support them, at least somewhat, in order to win. This means no candidate can rely solely on a minority of voters. They must seek common ground with all their constituents — if not to be their first choice, then their second or third. With RCV, we could start electing representatives that actually, you know, represent all of us!

This benefits every single American (that is, except the politicians who keep their job by exploiting divisive rhetoric). Republican, Democrat, independent, third-party, even apolitical — we all stand to gain by making our government better reflect us.

In areas that have enacted RCV, the tone of campaigns gets dramatically more positive. Candidates encourage their supporters to rank other like-minded candidates instead of needing to tear each other down.

Nobody would have to compromise their vote because the media says their favorite has no chance. With RCV, you vote for who you want, period. It’s that simple. Eventually, this could see more alternative parties and independent candidates win seats. And without the gridlock of a two-party system where a narrow edge lets one party ram their agenda down the other’s throat, we’d see coalition building and common-sense collaboration in Congress.

It might be hard to believe in this climate, but when you look at issue polling, Americans largely agree on most things! But our system has led to a situation where a legislator working across the aisle is a death sentence in the next primary, held hostage by a base that doesn’t reflect their district. But then again, how can we even expect our representatives to compromise when we as voters don’t yet have the option to?

It may seem like improving our voting method isn’t the most pressing life-or-death cause in which to dedicate one’s free time. After all, you can’t look at the TV or Twitter without seeing an endless parade of American suffering and dysfunction. How could anyone hope to make things better when there’s so much wrong?

Ranked-choice voting isn’t a cure-all; all it does is let us elect people who represent us as a whole. And I believe that, once we have people like that in office, our better nature will finally have a chance to shine through. Without reform like this, I don’t see how anything can possibly get fixed.

I can already see this better nature at work since joining Cal RCV. Here, I’m working with folks all over the political spectrum whom I’d probably disagree with on a million different issues. But none of that matters because we all want America to be a real democracy.

If RCV becomes the law of the land, my preferred candidates might never win again. And you know what, that’s perfectly fine by me if it means my community can agree on a second or third choice. Call me crazy, but I don’t want to subjugate my neighbors to exactly how I think things should run.

Let’s be one nation again. Let’s vote for who we truly want. Let’s find our common ground as proud Americans. You and I might not agree on anything else, but I bet we can all agree on that.