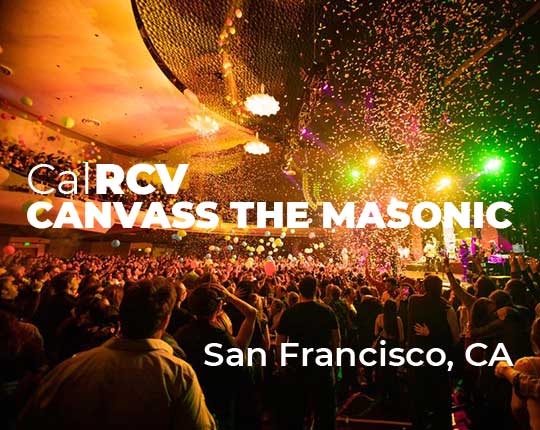 Where: The Masonic Auditorium, San Francisco
Michelle Obama brings her book tour to San Francisco's Masonic Auditorium and is sure to draw thousands of eager fans to listen to her speak. The doors for her event open at 7 pm, but attendees will surely begin lining up beforehand. This is an excellent opportunity for Cal RCV to reach new supporters and spread the word about ranked choice voting. President Obama is a supporter of ranked choice voting and tried to get RCV implemented in Illinois for primaries and local elections when he was a state senator.
Let's make the best of this fantastic opportunity and sign up tons of new Cal RCV supporters!
Posted by Paul Copley on December 01, 2022